THIS TOUR IS AN EXTENSION TO THE TOUR – MOUNTAIN GORILLAS, CHIMPANZEES AND OTHER PRIMATES IN UGANDA 25th FEBRUARY – 5th MARCH 2023. READ MORE HERE…

SHOEBILL
Our extension trip takes us to the Mabamba wetland area to photograph the mythical bird the shoebill. Here we will spend two days and make a total of four excursions in the wetland area in small boats. The boats give us the opportunity to slowly and quiet make our way towards the birds in the wetland.

The shoebill lives in large wetland areas and today it is estimated that there are between 5,000 and 8,000 individuals left in the world, where the majority are found in Sudan. Outside of Sudan, the Mabamba wetlands are considered the best place in the world to see the bird. With a body length of 150 centimeters, the shoebill is one of the world’s largest birds. The beak is large and wide with a light pink to orange-like base tone with dark spots and gives the bird an unmistakable appearance.

In addition to the shoebill, we will be able to photograph several species of kingfishers, bee-eaters, herons, ducks and other exciting birds. 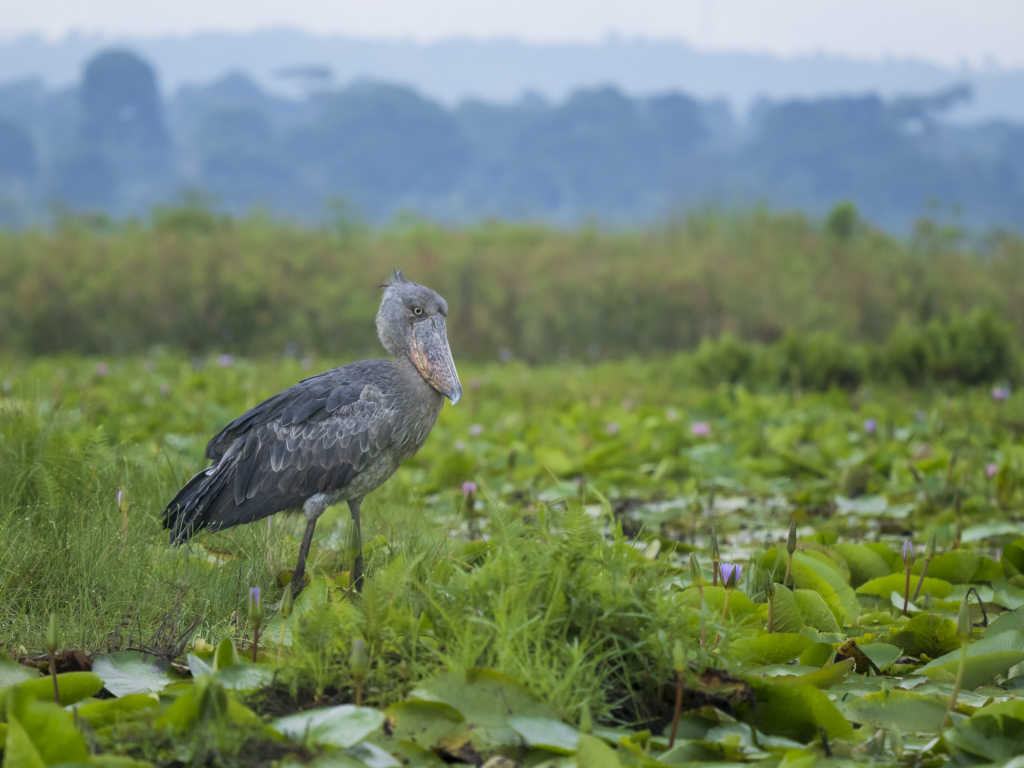 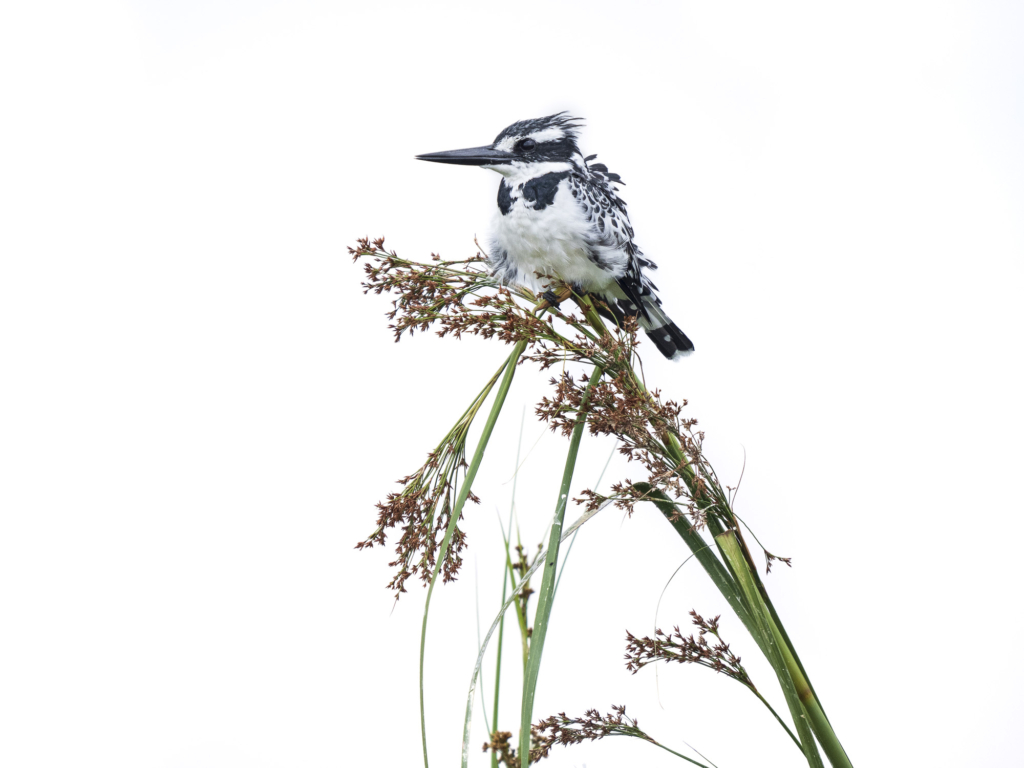 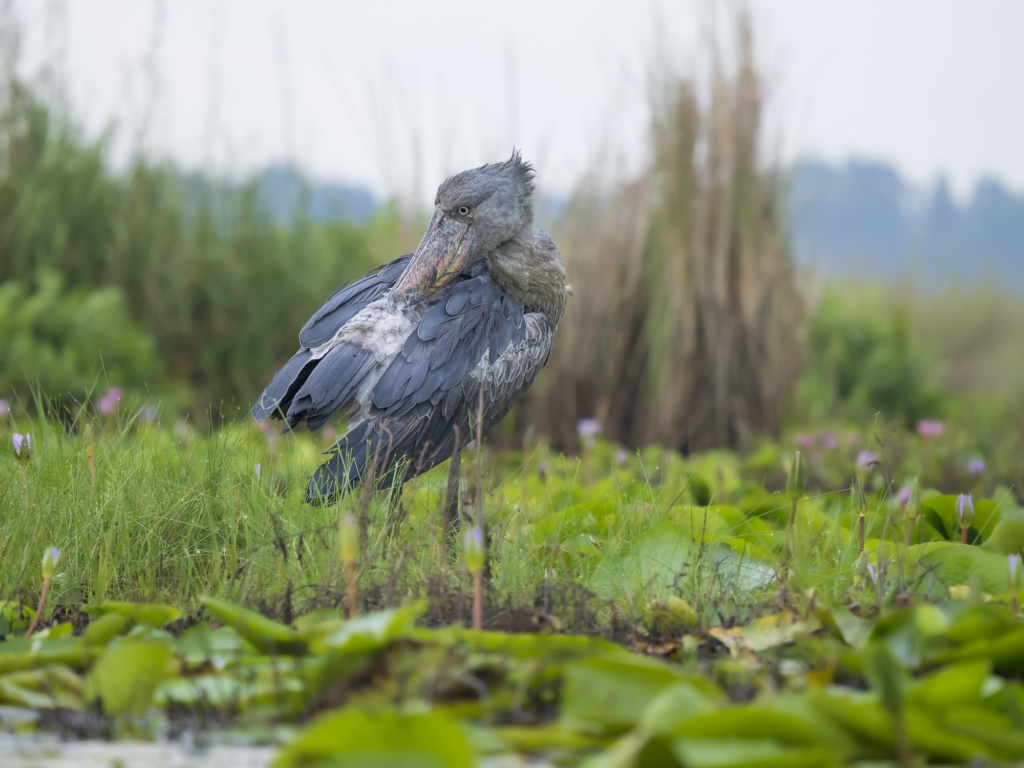 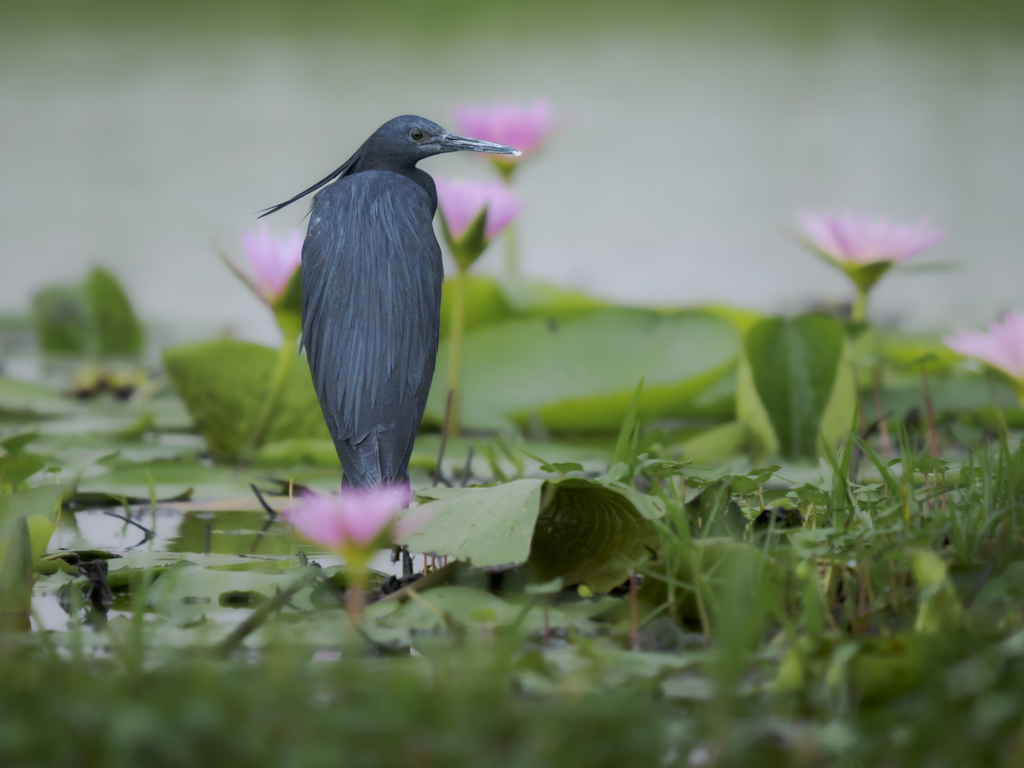 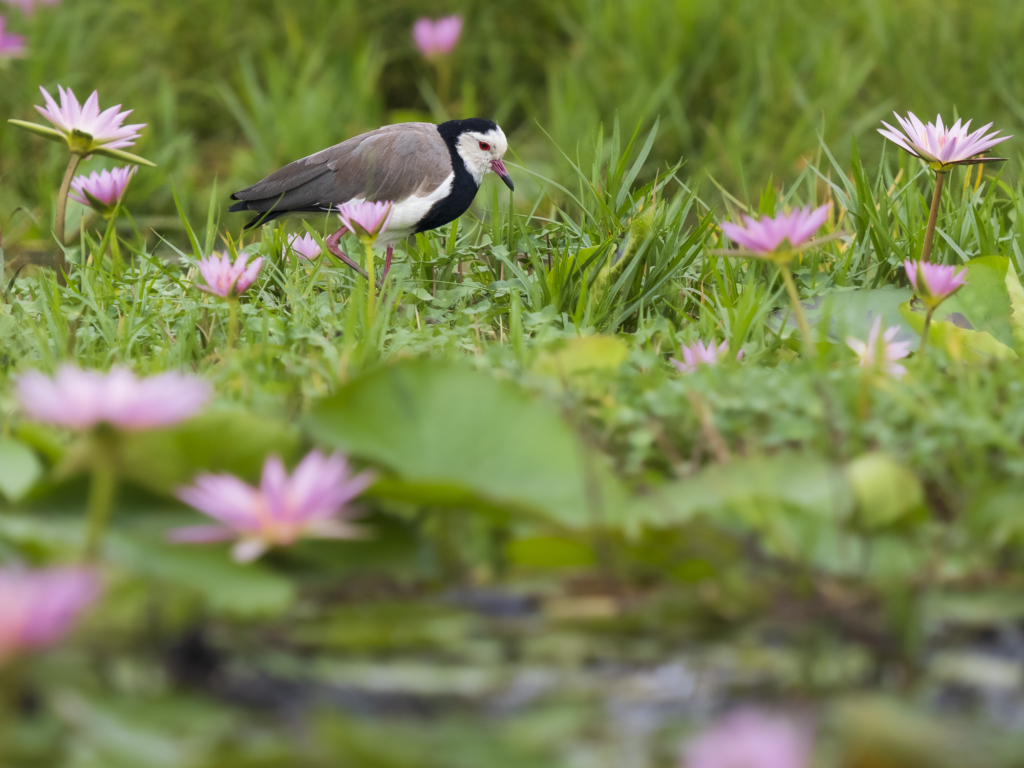 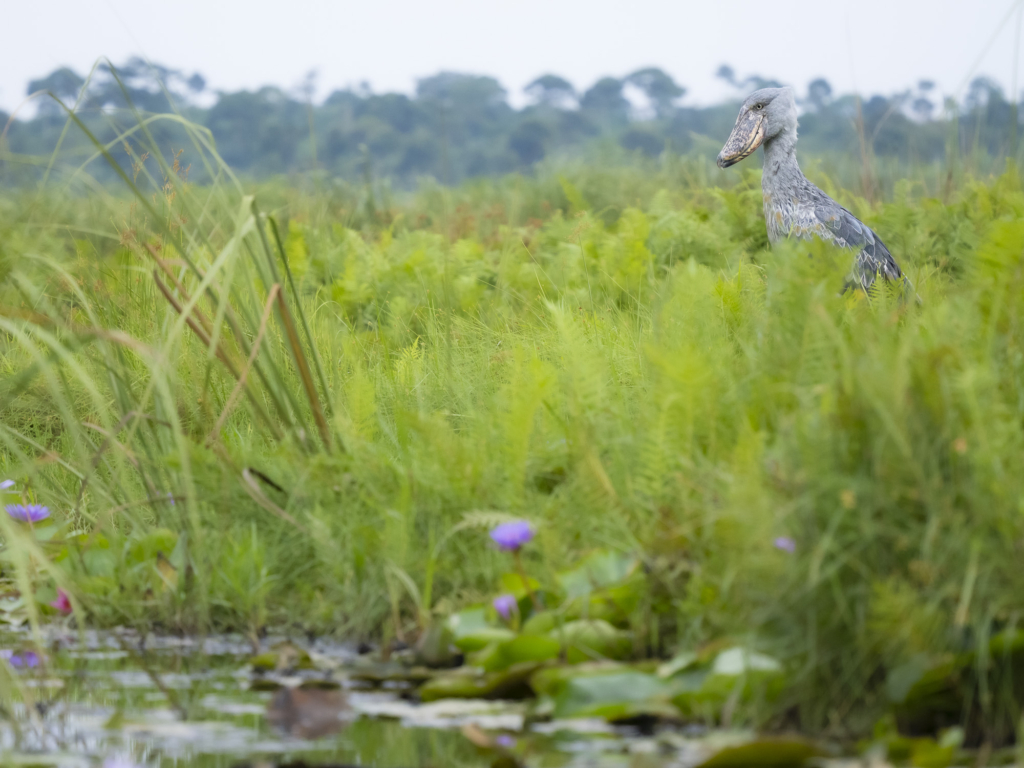 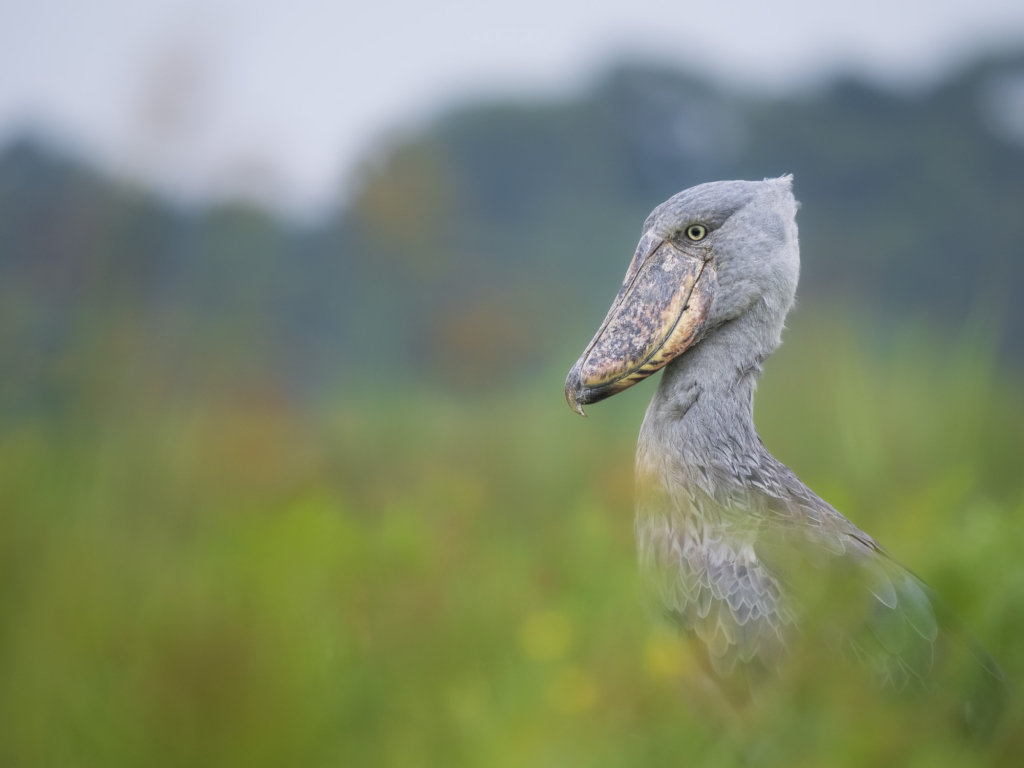 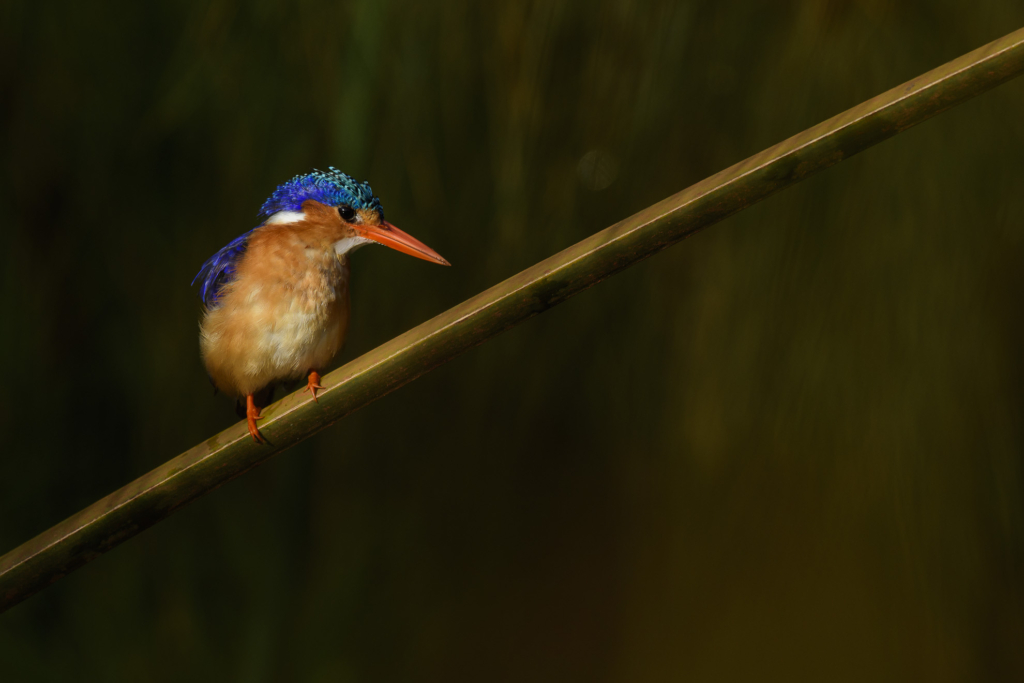 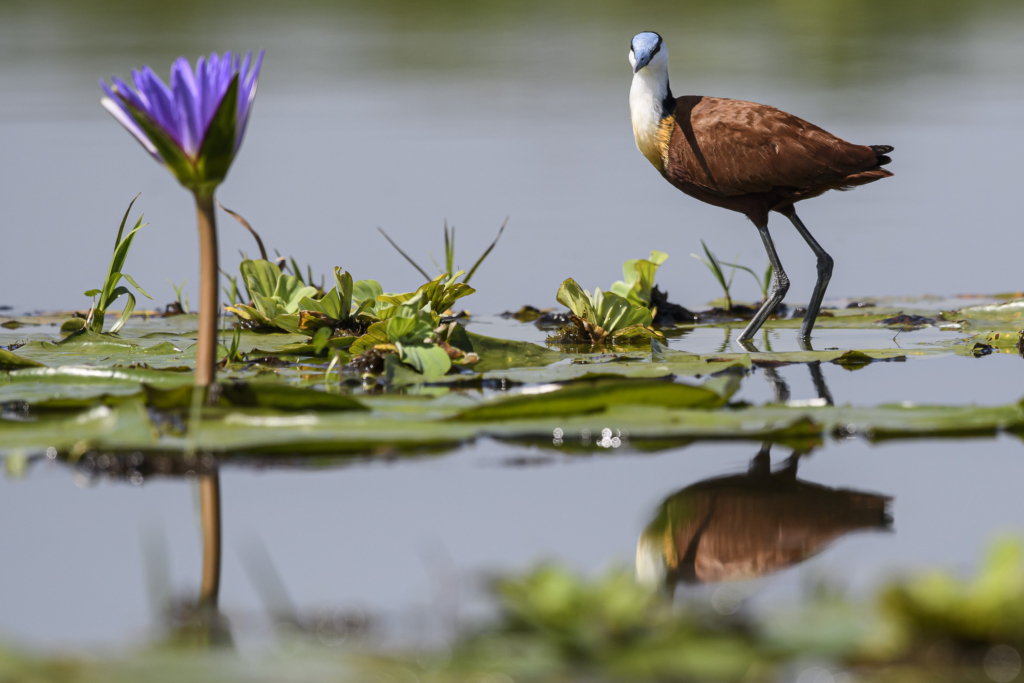 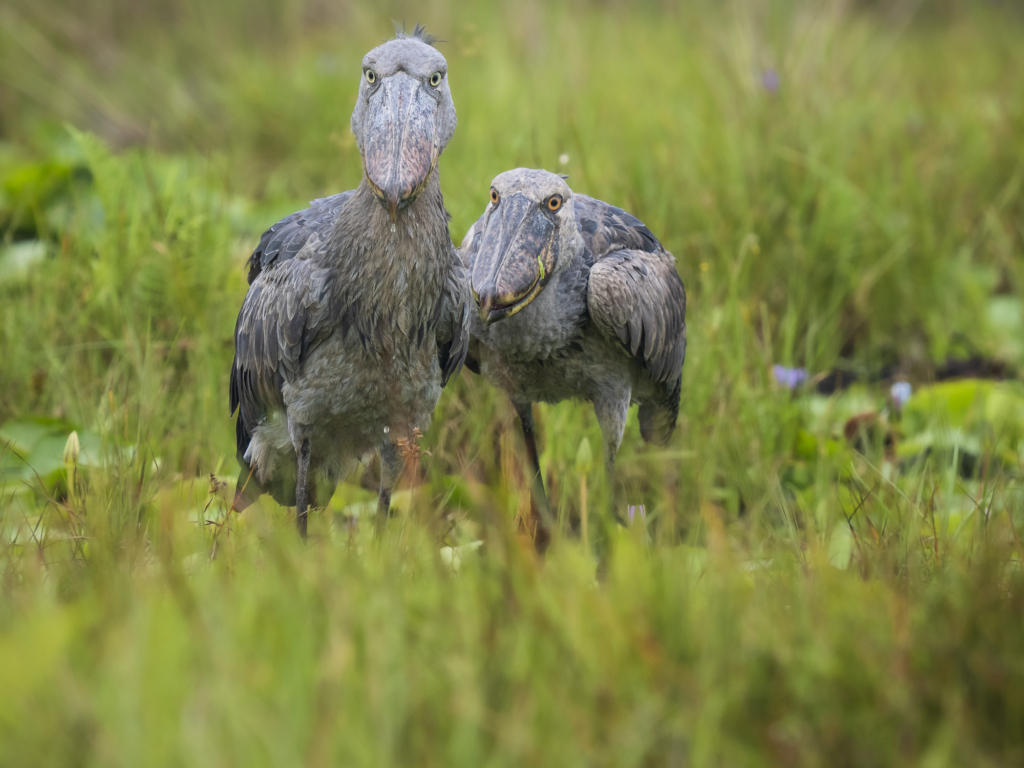 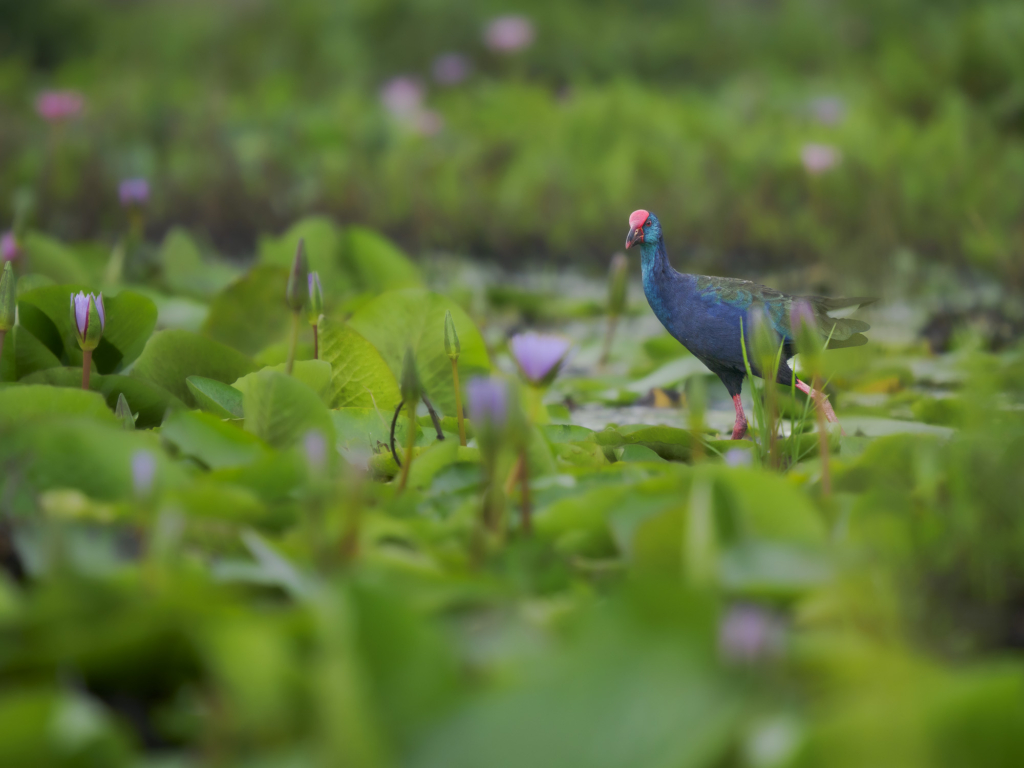 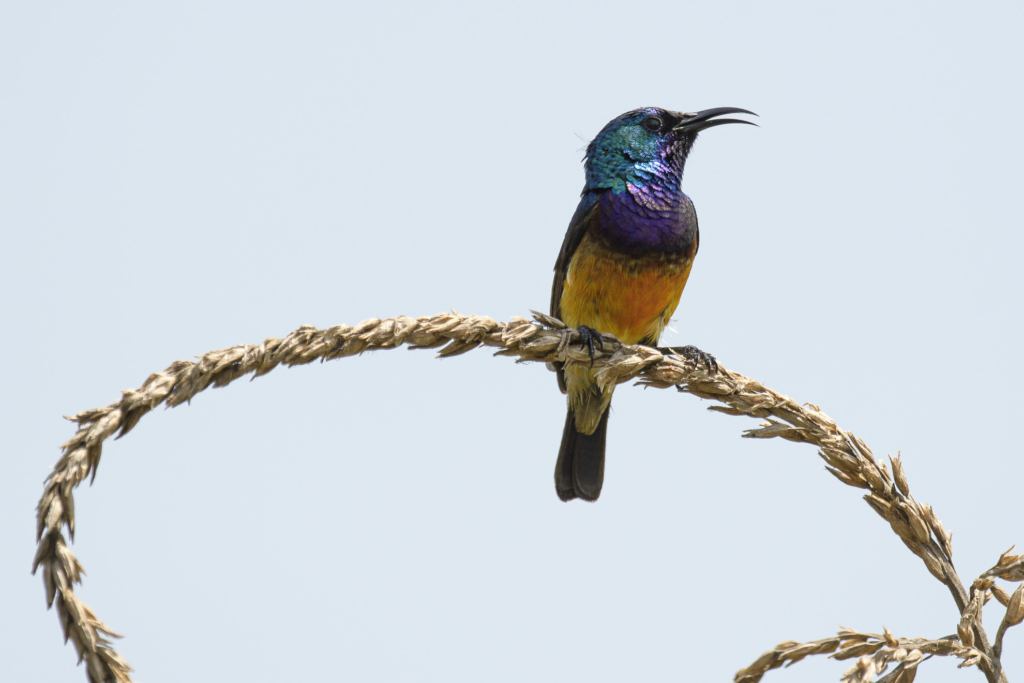 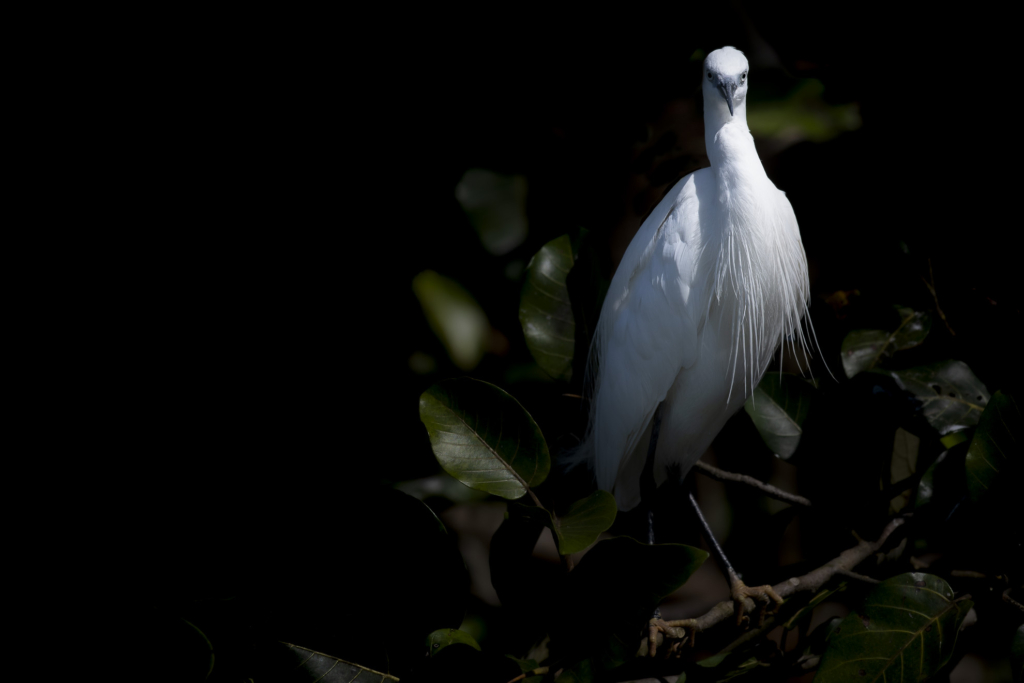 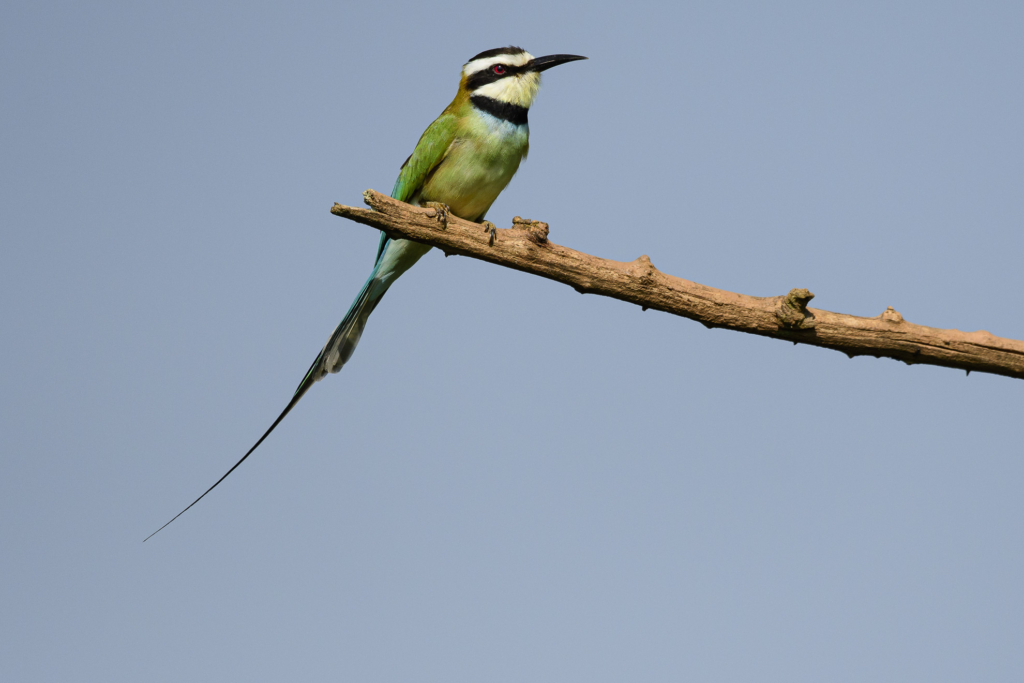 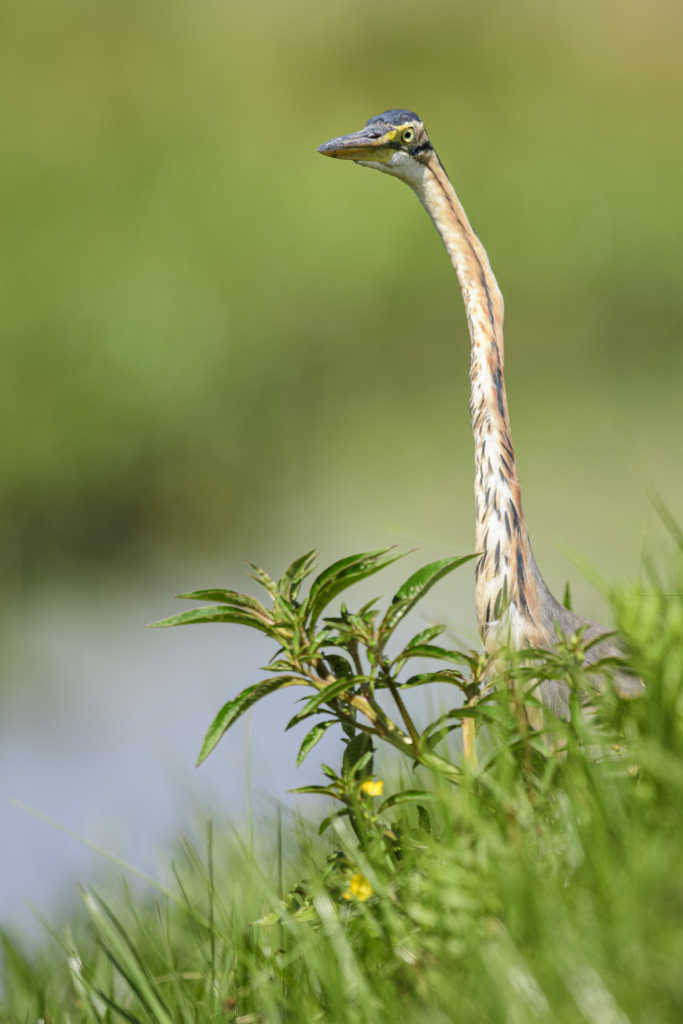 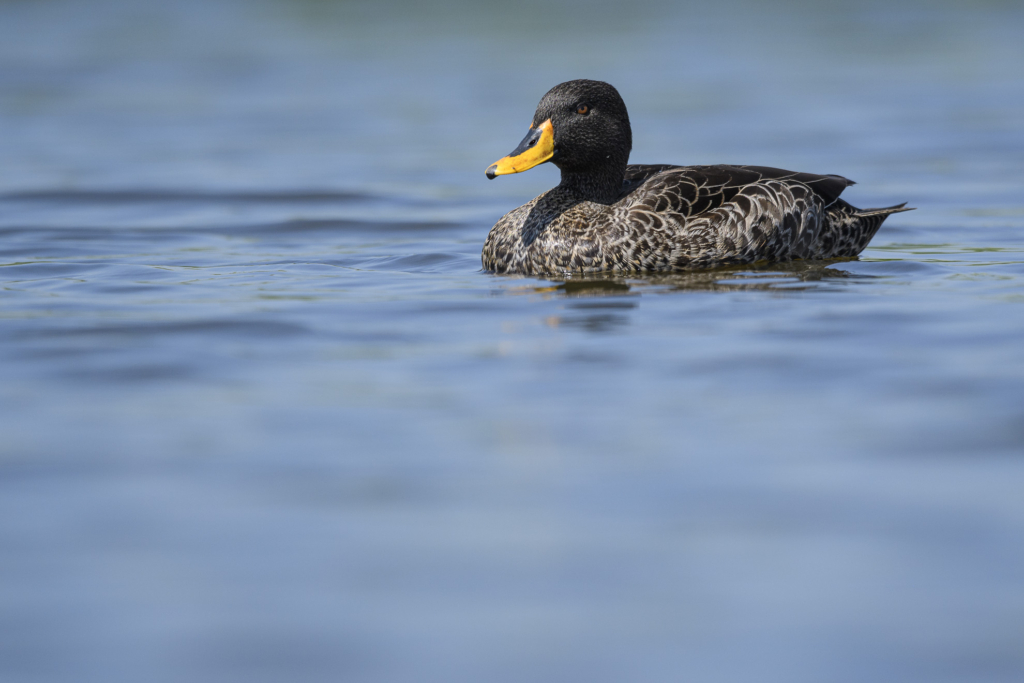 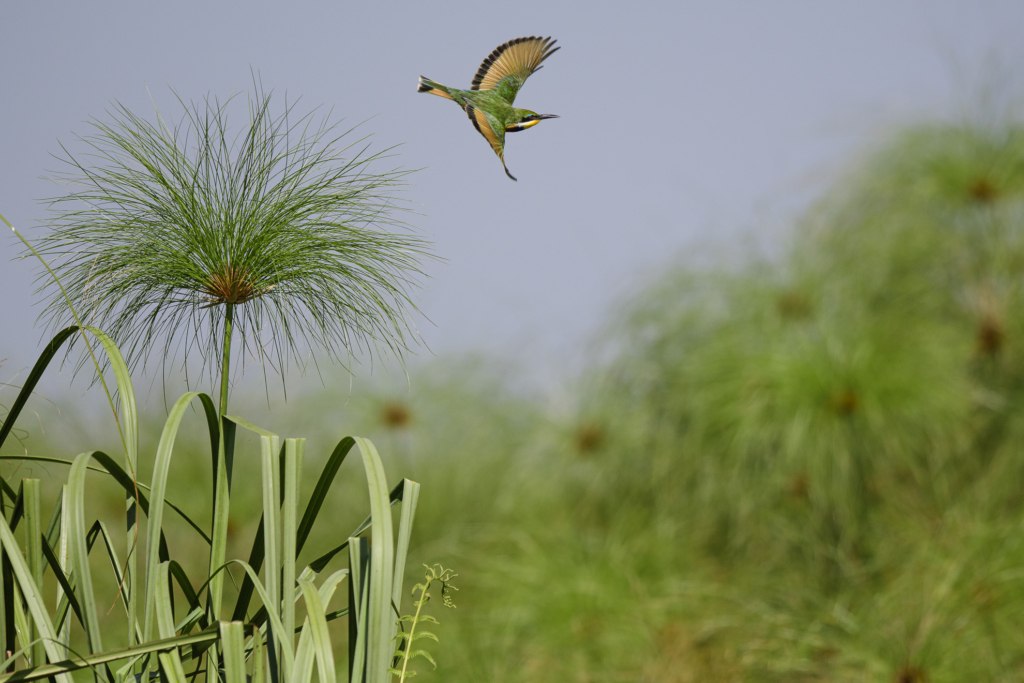 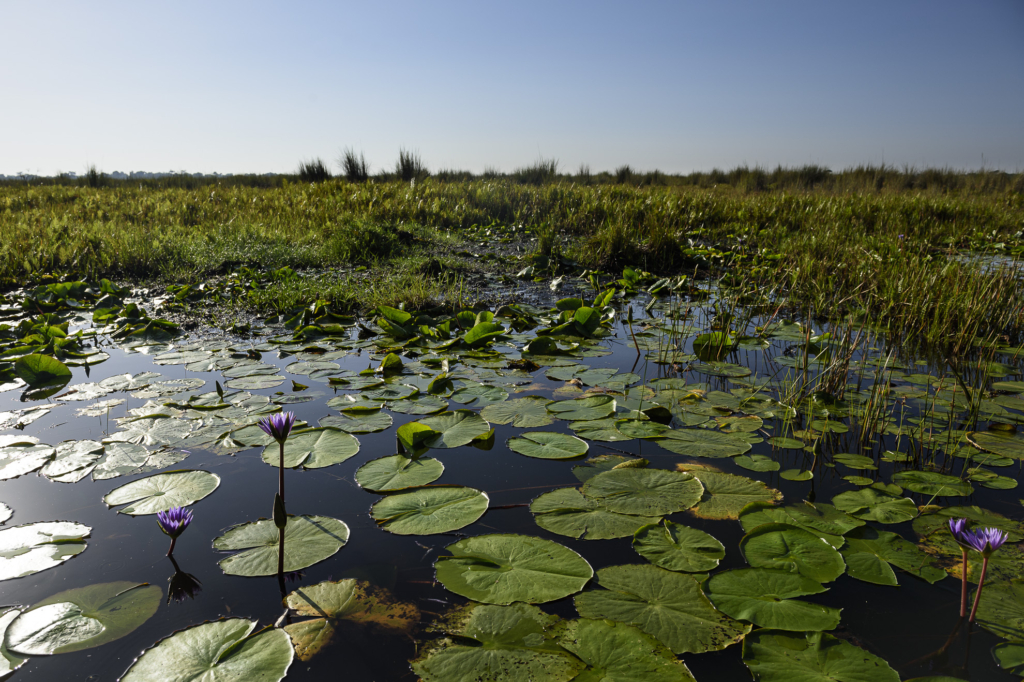 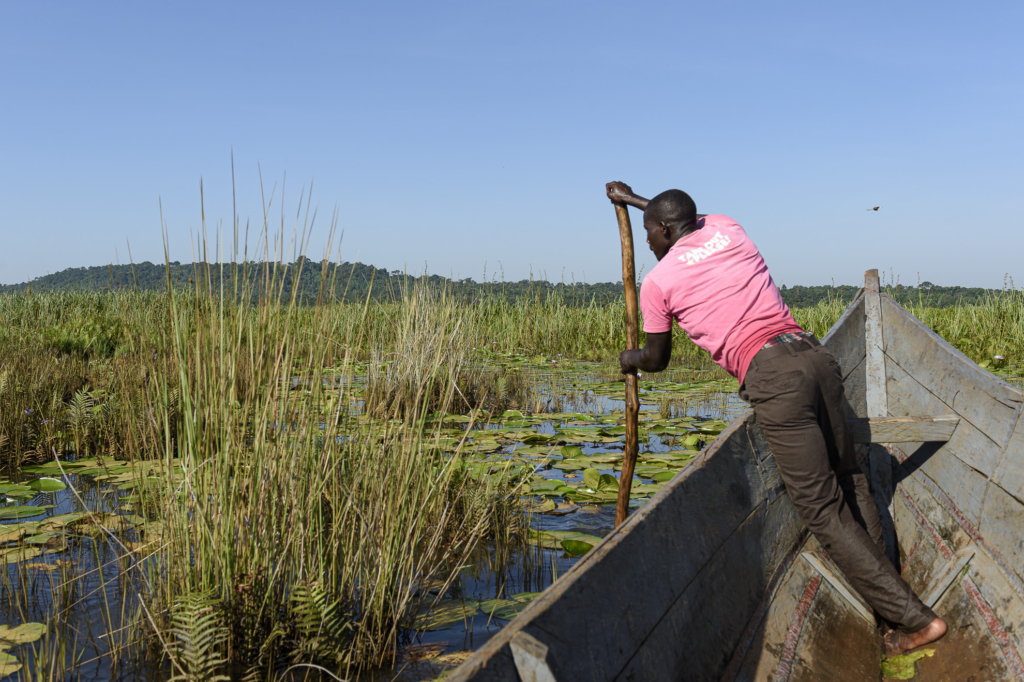 Day 1 (5/3) (Lunch – Dinner)
We arrive at our lodge in the afternoon / evening. After check-in, we have dinner and talk a bit about the coming days.

Day 2-3 (6-7/3)  (Breakfast – Lunch – Dinner)
After breakfast we head to the Mabamba wetland reserve and begin our search for the Shoebill. We make our way in the wetland by boat. In addition to shoebills, we hope to be able to photograph kingfishers, bee-eaters, jacanas and several heron species.

We have lunch and rest a bit at the lodge before we go out into the wetland again in the afternoon.

Day 4 (8/3)  (Breakfast – Lunch)
Today our journey ends. After breakfast we head to Entebbe and the airport. Flights home  in the evening. 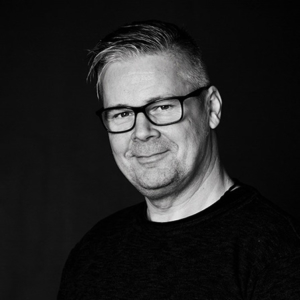 Since the focus of this extension tour is on photographing birds will we need bigger lenses. Focal length from 300 to 600 mm will be useful.
Telezoom lens, e.g. 70-200 mm or 100-400mm, provides very good conditions for taking various pictures of birds. Of course, a normal zoom for other types of images should also be included.
To increase the focal length if you have a shorter telephoto or a zoom, you can use a teleconverter.

If you have access to two camera bodies, it is good to have these.

The climate in Uganda is tropical, which means that both days and nights are warm, often the temperature rises above 30 degrees during the day and rarely below 20 at night. Pack light and cool but durable clothes. A thinner rain jacket or poncho is good to bring. Bring a cap or thin hat as protection from the sun. Hiking boots or a pair of heavier sneakers are the best choice for the feet. Feel free to supplement with some form of sandals to wear in the middle of the day.

We stay in hotels and lodges of medium standard.

The accommodation has no restrictions regarding accessibility. The boats we use are accessible.

Four outings in Mabamba wetland reserve, other entries and fees in national parks, local guides, photo lessons, local transport (we travel in comfortable Toyota Landcrusiers), transfers to and from airports. Accommodation (share in a double room) and meals according to program.

The tour starts and ends at Entebbe International Airport.
The tour guide meets and leaves the group here.

Your passport must be valid for at least six months after arrival in Uganda. For Swedish citizens, a visa to Uganda is required, read more about visas here. Passports are required at check-in for flights.

If you are a citizen of any other country please check with the nearest Ugandan Embassy if you need visa or not.

Contact your doctor for advice on vaccinations. For entry into Uganda, you must be vaccinated against Yellow Fever. 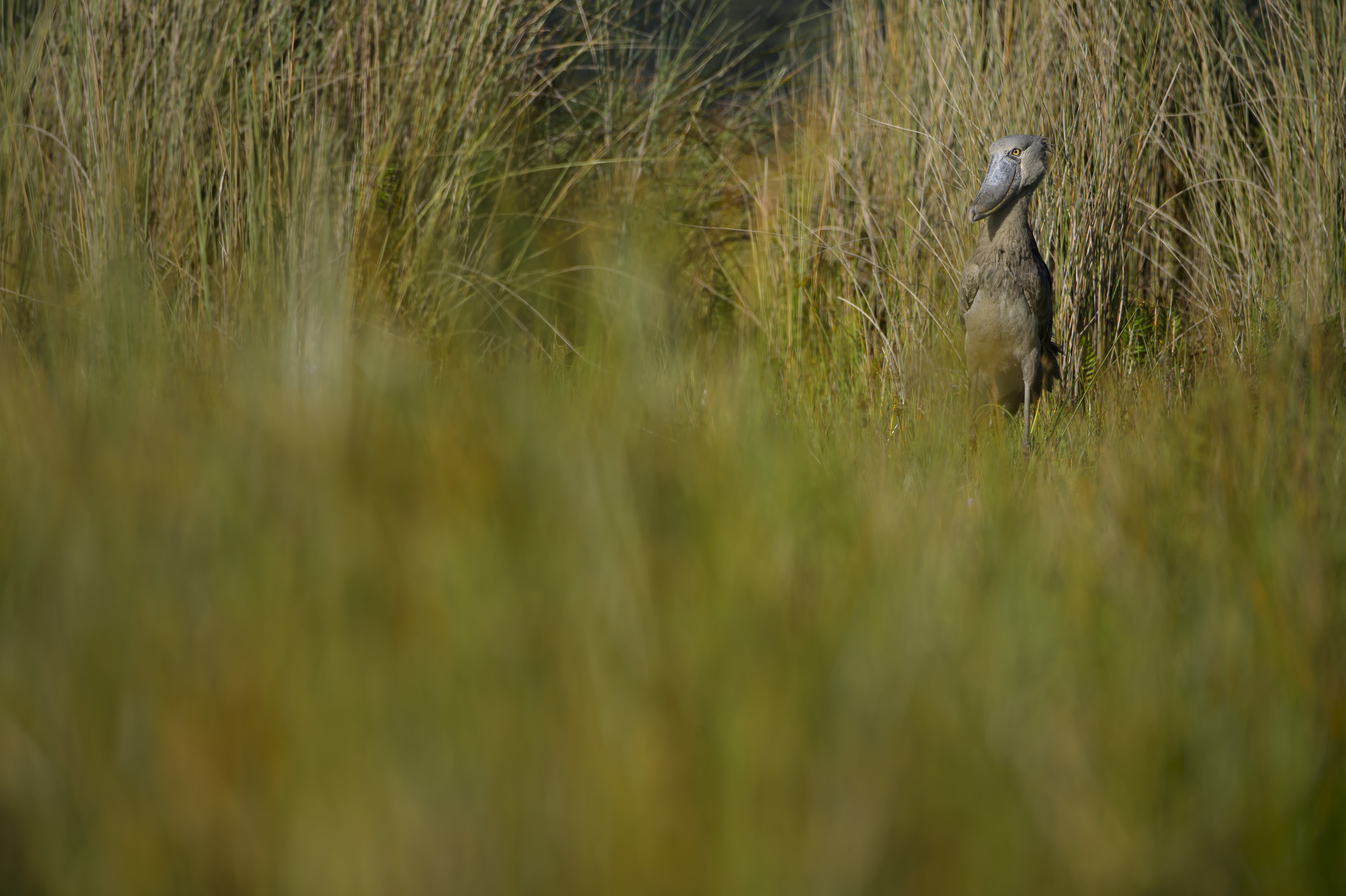 BOOK THIS TOUR
//
Go to Top