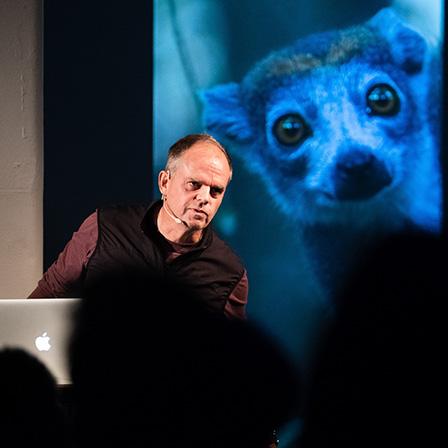 Jan PedersenPartner, manager and tour leader
Jan Pedersen, born in 1957, is a photographer, writer and world traveller. He has more than 33 years of experience leading nature tours and nature photography tours all over the World – in biomes ranging from deserts to rain-forests. He has led tours in 55 different countries and has worked for several major Swedish tour operators. Jan is highly appreciated as a tour leader, guide and nature photography guide. He has produced tours and trained many new tour guides. Jan carries the idea of ecotourism close to his heart. He has been a member of the Swedish Nature Photographers Association (Naturfotograferna/N) since 2014 and is an internationally awarded photographer. In 2015 he was the overall winner in the international photo competition Asferico. He is also a very experienced teacher of photography and nature photography, arranging annual courses for societies and open colleges since 2001. He also teaches media training programmes.

Jan is one of Swedens most well-published nature book authors. His first book ”I Arabiens öknar” was awarded WWF Sweden’s Panda Book of the Year for children’s books in 2000. His singing book ”Fågelsång” is the all-time top-selling nature book in Sweden. It has sold a total of half a million copies in Sweden, Finland and Norway, as well as having been issued in eight other languages. The sequel ”Vilda djur” was also a success, and was published in Norway and Finland, and in four other European languages. He has also authored popular books such as ”Fågelresor”, ”Mitt I Naturen”, ”Fågelsång runt knuten”, ”Lyssna på djuren”, ”Djur i Världen”, ”Sveriges Fåglar – en fälthandbok för alla”, and ”Fåglar I Sverige och Norden”.

Jan has written numerous articles for newspapers and magazines about wildlife and nature. He is also often engaged as a lecturer for a broad audience. Jan has also worked as a warden and a guide in Swedish nature reserves.